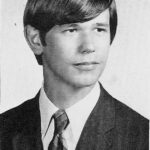 I went to school with Mykola (Nick) Kirichenko. He was my friend on Facebook. He was very upset in 2014 when the airline was shot down by Russians in the Ukraine. He posted several articles describing President Putin and comparing to the Nazi dictator.

After seeing the damage and loss of human life, I am of agreement that Putin is a dangerous man.

Nick passed away shortly after the Russian capture of Crimea. So I dedicate this post in memory of him. I want peace for Ukraine and I believe Nick will be watching from above what is happening to the country of his parents & ancestors.

This entry was posted in Uncategorized. Bookmark the permalink.