I have been following a discussion of what to do with the vacant land in Port Huron,

that used to be the YMCA. It was torn down, to be the possible location of a new sea aquarium. This aquarium never materialized, cost the city thousands of dollars, and still the city remained poor.

I had at one time proposed that why not invite Google to come to Port Huron. I was even given a couple of names of people that, if this could happen, would be the ones to send to Mountain View, California.

I was also told to contact, then county administrator, Shaun Groden. I did, as I had one time before. The first time I contacted Shaun, he answered my email that very day. He was optimistic and very thoughtful about Port Huron’s problems and it’s surrounding suburbs. He had ideas, said to keep the faith and that things, were happening and for the good of the county.

Well this time I emailed 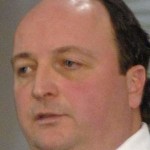 Mr. Groden, and he never answered my letter. In fact I would write him again and then another time. The rest of my emails would go unanswered. I began to think, that perhaps Mr. Groden had grown weary of the continual fighting going on in the politics of the city and the county.

Much was accomplished during Shaun Groden’s tenure, a new axle plant was built in Marysville, Keihin built a state-of-the-art facility in Capac, Michigan and of course he put the new county administration building and new jail back on as good a fiscal path as any good CPA accountant could do. He did his job.

I miss him, though my contact with him was only by email. But I still hold to my dream of a high-technology company, like Google (and why not Google) coming to Port Huron. 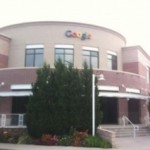 Port Huron also is the most southerly city on the beautiful and large Lake Huron, with an entrance to Canada which boasts the highest truck traffic in North America as well as being one of two railroad crossings, the busiest in North America.