America ~ Why Anyone Can Eat Here

To the Red Hen Restaurant & to all Americans…

I always thought after seeing in a quaint Romeo, Michigan restaurant, mid-1960s seeing a beautiful player piano, mom gave me dime, because we both enjoyed the music, the ticker tape holes that probably were responsible for me eventually being interested in computers & it wasn’t during my college days, I detested computers, surprising to some I’m sure. But near the entrance was the sign, “we reserve the right to serve…

Okay, I graduate and made the weird decision to move to Florida upon graduation from Michigan State University. In fact I didn’t really like extreme heat, so I knew it would be tough.

I did love the beauty of Northern Florida woods, Ocala National Forest, I visited often, sometimes with my pitbull dog 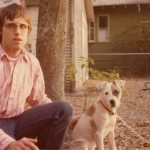 given to me by my coworker, Ralph, a Black man, at University of Florida ‘s Shands Teaching Hospital.

I lived behind, What-A-Burger, had to put up dark blinds to keep car headlights out of my living room windows.

But I loved it, had a small lot on my side of the duplex, could keep my dogs there, grow a small garden & pretty much have a bit of space. 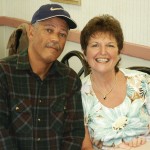 Ralph visited often, we were good friends, we went looking for firewood & lightered  & we went to What-A-Burger one time to get lunch, before we both would have to get ready for our 4 pm starting shift in the hematology laboratory.

While waiting for my food, Ralph waited, but longer for his food. He told me that he had to wait a long time to be served. I hadn’t really noticed. But I hadn’t noticed a lot of things that Ralph told me about life in Northern Florida.

God bless his soul, I lost Ralph in 2013, I found out the next year & talked to his wife Ruby for a long time on the only phone number I had for Ralph in my little black address book. ‘

But I will remember this that he said, about life in mid 20th century Gainesville. He said, “Bob, you wouldn’t have liked it then” he said, there were barriors and restrictions everywhere, not just separate restrooms & drinking fountains. This and the day with mom in Romeo Michigan’s player piano restaurant have brought me to the belief that we may not agree with the thoughts and beliefs of others, but we have to respect their rights to do what ONLY in AMERICA we have the right to, to sit and eat in a public restaurant, or any other public place we want to visit. Our Founding Fathers did ONE thing right, they gave us Freedoms in our United States Constitution unlike any other country has done, imperfect as our Constitution has been and is today and as is interpreted by our Supreme Court.

This entry was posted in Constitutional. Bookmark the permalink.